Born in 1967 above an NSU dealership, I would not exist without products from the German factory now being used to build Audi’s A4 and R8 cars.  The dealership was owned by my grandfather, and my mother worked in the parts department.  My dad drove an NSU Max, and may have needed more then the average number of parts.  They went out on a date, got married, and I was born.

When in 1999 I started looking for a vehicle excempt of road tax (in the Netherlands at that time this was anything over 25 years) it was not hard to make a decision on the make.  Quickly I found a green NSU 1200 C and my adventures with the various products from Neckarsulm began.

Soon I became the secretary for the NSU Club Nederland, and as webmaster transformed the clubs site.  Pages were added on vehicles, and interest moved beyond my own car.

As happens often, one vehicle leads to the next.  Instead of replacing each other, for me they became a collection.  Apart from trying to get the missing model of the NSU Quickly (and to keep a limit on my collection) any future expansion will be done with either something older then I have already, or to items that relate directly to my crib, at Garage Scheffer in Hilversum. 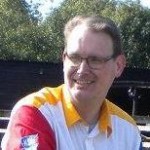